Esophageal cancer is a malignant tumor of the esophagus or the food pipe that conveys food from the mouth to the stomach. The tumor can affect any part of the esophagus; however, by and large, statistics say, that the cancer predominantly occurs in the lower portion of the esophagus.

When the DNA of the cells gets damaged, the cells lining the esophagus start multiplying out of control, eventually resulting in malignant cancer. Chronic acid reflux, chewing tobacco, smoking, and heavy alcohol intake, cause oxidative damage to the DNA, thus initiating tumor formation.

An Overview of Esophageal Cancer Symptoms

With a progression of the disease, the patient experiences dysphagia or difficulty in swallowing. Patients complain of this symptom when the cancer has constricted the tube to half its normal size. Initially, swallowing solids is difficult, but, gradually, it becomes difficult to swallow liquids as well.

Weight loss occurs. Cancer causes muscle wasting and weight loss; because it alters the way in which nutrients are metabolized by the body. Also, dysphagia triggers poor dietary pattern and the consequent weight reduction.

Pain is one of the important esophageal cancer symptoms. Pain occurs in the throat, chest and / or between the shoulder blades.

Food sticking in the throat is a significant symptom.

Heart burn and discomfort in the chest, during swallowing are other esophageal cancer symptoms.

Hoarseness of voice, vomiting of blood, constant hiccups and passing blood in the stool are clinical manifestations that appear when the cancer has reached an advanced stage.

It is advisable that you report even the mildest of symptoms to your doctor. Neglecting them can have grave repercussions. Detecting cancer in the early stages helps manage it better. Furthermore, esophageal cancer tends to spread to the surrounding structures and also via blood and lymph, thus affecting distant organs.

Treatment depends on the type of esophageal cancer, the location and spread, and the stage of cancer. Age and general health are also important determining factors.

Surgical excision of the tumor and a part of the esophagus is usually the treatment strategy. Non invasive techniques such as radiotherapy and chemotherapy are also utilized to bring about complete cure. In general, doctors integrate surgery, radiation therapy and chemotherapy to help manage the case effectively and successfully. Additionally, following an optimal nutritional plan and including certain home remedies in to the daily diet alleviate the symptoms of the cancer and help meet the daily nutritive requirement.

The esophagus or the food pipe is a10 inch long tube that conveys food from the mouth to the stomach. When the DNA of the cells lining the esophagus gets damaged, the cells start multiplying autonomously and uncontrollably, and ultimately results in a mass of malignant cells.

By and large, in the initial phase of the disease, the symptoms are slightly obscure, or the patient may even be asymptomatic. However, these are commonly occurring symptoms of esophageal cancer:

Management of esophageal cancer largely depends on the stage at which the condition is diagnosed, the location and the extent of spread, the patients age, and his overall health.

Generally, surgeons use a combination of surgery, radiation therapy and chemotherapy to manage the case.

Esophageal cancer develops when the DNA of the cells undergo oxidative damage. The cells start multiplying autonomously and uncontrollably, and a tumor mass develops.

Once the diagnosis is made, therapy is started promptly. The patient is put on to medications, and an-easy-to swallow-and-digest diet plan, comprising of soups, porridge, juices, yogurt, barley water, and purees. Nutritional supplements are prescribed to maintain the overall health and provide the daily nutritional requirement. The physician decides on the most appropriate line of treatment, which may consist of surgery, chemotherapy and radiation therapy.

Esophageal cancer is a malignancy of the food pipe, and is characterized by the development of cancerous cells within the esophagus. The prominent causes for esophageal cancer are chewing tobacco, smoking and excessive alcohol consumption. Diagnosis is made on the basis of the symptoms and certain diagnostic procedures like endoscopy, biopsy, and chest X-ray.

Statistics say that males are a lot more susceptible to esophageal cancer than females. The incidence of the cancer increases with age, and is highest amongst people in the age group of 55 – 80 years.

On an average, the esophageal cancer survival rate for all stages, combined, is about 17%.

Below are mentioned the esophageal cancer survival rate according to the stage of the disease:

Thus, early diagnosis of the condition plays a pivotal role in the prognosis and determining the survival rate for esophageal cancer. Doctors may opt for surgical intervention along with radio-chemotherapy to help manage the case effectively.

Esophageal cancer is a malignant tumor of the cells lining the esophagus. The tumor arises when the DNA of the cells gets impaired and they replicate out of control, autonomously. Smoking, chewing tobacco and consuming excessive amounts of alcohol are common triggers for esophagus cancer.

In general, during the early stages of the disease, the patient is asymptomatic, i.e. he does not experience any symptoms. As the condition progresses, however, the following symptoms of esophageal cancer become evident:

Diagnosing the symptoms of esophageal cancer early, and promptly deciding on the line of treatment is necessary to manage esophagus cancer.

Treatment for esophageal cancer comprises of surgical procedures, along with radio-chemotherapy. 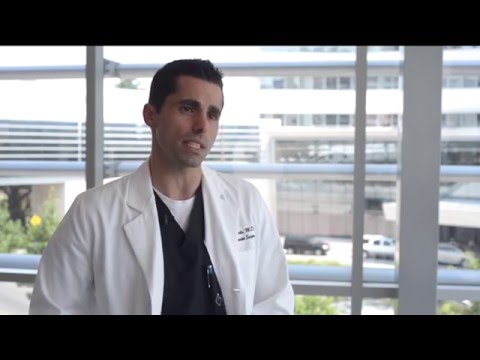