When “Black Swan” & “Rain man” collide! Hello. This is AKIA Talking now from Korea. Today, I’ll be going over a recent Korean movie called “My Dictator”.

This movie can be defined as a fantasy sent in recent Korean history. Thus, you will need to have some background knowledge about recent Korean history. But do not despair as most of the information that is required to understand the movie is actually in the movie unlike such movies as “The Informant” which I even had a hard time following the details.

To get more out of this movie, you only need to know a few bullet points. First, there was a Korean war between North and South Koreans. Second the North had been led by Kim Il-sung until the 8th of July 1994 when he finally went 6 feet under. He is the grandfather of Kim Jong-un who has become somewhat famous as the “Lindsay Lohan” of dictators. Kim Il-sung has been seen in a similar light as Hitler or Stalin the USA.

No one seems to know who Stalin is in America! Lol

The great mustache villain who ruined that look forever.

Even now there are many who view Kim Il-sung as Hitler. Third, Korea had a semi-military dictatorship between 1961-1987 A.D. So, expect all the stuff you would expect from a 3rd world dictatorship during that period. And this is set in two separate periods: the 1972 and 1994. Thus, it starts during the dictatorship period and ends a few years after it ends. While I’ll try to restrain the amount of detailed spoilers I list here, do expect some. You have been warned.

This movie is set in two time periods which are shown in temporal order. The first time period is set in 1972’s Korea and the country anticipating the first “head of state conference” between North and South Korean to happen. Think of a meeting between “Nixon” and “Hitler” if the Nazis never lost the war and succeeded in taking it to a stalemate. Our protagonist in this time period is a nobody stage actor with a young son and wife. While he has passion he doesn’t show much talent and thus, is still a nobody bit player.

Out of the blue, our protagonist gets chosen to act as a body double of “Kim Il-sung” for the purpose of being rehearsal partner for the then president of Korea.  He is taken to a gulag and rigorous trained as an actor to become a credible facsimile of the real “Dictator”. However, our protagonist takes it too far as he loses touch with reality. He starts to think he is the “Dictator”.

The second time period is set 22 years in the future of the first time period. It is 1994 A.D. and the country is bustling in anticipation for a similar “head of state conference” between North and South Korean. The protagonist in this period is the son of the previous protagonist. He is basically a conman who is not that good at it as he is up to his neck in debt with the wrong kind of people. The only chance he has to save his behind is to sell his childhood house. However, the house is under his crazy institutionalized father’s name.

Having two separate protagonists in two separate sections of a movie is not a common thing to do in movies since it is easy to end up with a fragmented movie with clashing tones. This is the case with “My Dictator”. It is basically two movies stitched together with duct tape.

Thematically, the first, let’s call it 1972 movie, has similar elements to“Black Swan”(2010) as they are both about performers going insane as they delve into their roles.  At the same time, the 1972 movie is part sentential family movie and part black comedy which ends as a tragedy.  Thus, there are significant tonal differences between the two. I just used “Black Swan” because I could not find a movie about an actor going crazy as he goes totally “Method” into a role by googling it.

The second, let’s call it 1994 movie, is basically “Rain man”(1988). It is actually very similar to that famous Tom Cruise and Dustin Hoffman movie. You have a bastard taking his mentally disabled relative out of an institution the relative was staying for a long time and into the world directly or indirectly to use that said relative for financial gain. Both movies are the same in that way.

The sad thing is that neither period of “My Dictator” is as good as the movies they remind us of. And, if this was the only problem with the movie, the movie would just be a fine interesting movie albeit not a great or even good movie. The bigger problem is that, by having two different movies connected together, the point of the movie gets lost.

The 1972 movie is about acting and actors. It goes over the passion and process of stage acting. It is also about the trauma of the time period and the post-traumatic stress of torture and confinement.

It is actually pretty interesting.

What should win? “Black Swan” vs. “Rain man

While coming out of the theater, I thought that the 1994 movie was the movie that the director wanted make at the end. The 1972 movie seems to be just character “back story” that ended up being expanded because it was actually pretty interesting. However, by doing this, the 1994 movie part ended up suffering as it is the weaker one of the two even though it is the longest part clocking in at about 80 minutes of the slightly over 2 hour movie.

I think the “Intended” main message of the movie is the journey of mending the father and son relationship at the last possible moment when the son has long become an adult but an adult who has never truly grown past his childhood self and a father at the twilight of his life. So, it is the theme of Tim Burton’ “Big Fish” (2003) which I think is his most emotionally mature movie he ever directed. However, “My Dictator” does not do a great job at it.

I compared this 1994 movie part to  “Rain man”(1988). However, that movie had a definite character arc to it.  First Tom Cruise find out he had a brother. Second, Tom Cruise travels with his brother and starts to bond with him. Finally, based on those experiences, Tom Cruise starts to love his brother and thus becomes a better person. The movie can be described as a process of discovery which leads to development of Tom Cruise’s character.

In “My Dictator” this does not happen. There is no discovery and thus no character development. The son knows all he is going to know about his crazy father even before he comes on screen. Thus, there is no revelation that would initiate character development. At the same time, there is no real bonding happening as this movie just tends to focus on the crazy father going around being crazy and the son complaining about the whole thing. That takes up about an hour. Thus the whole hour seems like an acting set piece in which the actor “Seol Kyung-gu” puts on bad old age makeup and having a fun time acting old and crazy.

This is happening because of screen writing issues caused by 1972 movie part being expanded. Since you have already shown the audience what was going on, it is rather difficult to put the son character on a journey that the audience has already has been on. This can be seen in the “Rain man”(1988) example. In “Rain man”(1988), did not know the secrete of why the existence of his brother was kept a secret from him until almost the end of the movie. This secrete is structurally the same as what happened to the father in the  1972 movie part. Thus, the information of the 1972 movie part could have been given to the son and to use, the audience, through the movie. This would create a sense of discovery.

What also makes the 1972 movie part better is that the actor “Seol Kyung-gu” is the main protagonist. For all intents and purposes,  “My Dictator”is an acting showcase movie for the actor “Seol Kyung-gu”. All the other actors pale in comparison. The son is played by “Park Hae-il” who is doing a subpar version of his shlub character. He is not terrible but is not given good material to work with.  While “Seol Kyung-gu”is in a lot of scenes in the 1994 movie part, he delegated to supporting role which is not that good. There is a saying that you “never go full retard”.  “Seol Kyung-gu”went “full retard” in the 1994 movie part. He is just a crazy old man. Thus, there is no longer anything interesting in his performance other than noticing that the old age make up does not work.

One of the weirdest things about the 1994 movie part is that it does not seem to understand what mental illness is. All of the son character’ actions and emotional reactions are those of a son whose father has just abandoned him because of normal issues such as women or gambling. It is very weird in that aspect.

Sometimes it treats it as if it was dementia.

Other times it treats it as if it was some of voluntary trance.

This is one of the reasons why the 1994 movie part does not work emotionally. There is a considerable mismatch between the character’s emotional state and the situation created by the screenplay.

The move basically has 4 acts. The first is 1972 actor setup. The second is 1972 father going crazy. The third is the “Rain man” stuff. The final act is the climax, the finale performance . The movie tries to tie the 1972 and 1994 movie parts with this final act but does not really work in this regard.

As “Seol Kyung-gu” is playing an actor, you cannot end the movie without giving him, the actor and the character, a final acting show case to send the movie off. The movie delivers in this aspect as he gives a great semi-one man acting performance that goes on for more than 10 minutes. However, structurally it does not work very well since the final act is somewhat of the deus ex machine moment that the movie did not earn.

“My Dictator” is one of those acting show case movies that tend to have some great performances but the overall quality of the movie is nothing to call home about. The script needed considerable rewrites that focus more on the narrative and less on giving “Seol Kyung-gu”, the actor, good material for his acting portfolio.

However, if you enjoy great performances and have an affection for the stage,  “My Dictator” is not a bad movie to rent. For non-Koreans, I think it has enough historical and cultural images of Korea to make the move at least interesting on an that level alone. 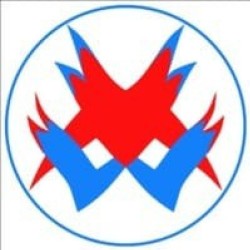